I read IT by Stephen King over 25 years ago, and although I can’t really recall the storyline (besides the gruesome clown), I do remember how much it spooked me.  What book made you jump on your bed from over a metre away, lest a hand came out and grabbed you? 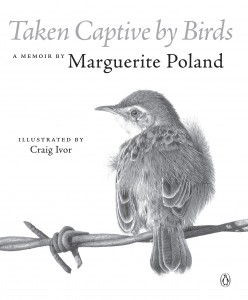 ‘All my life I have been ‘taken captive by birds’.

Their doings are the thread that runs through childhood, the link to people and to place.

Their appearance and their presence can at once recall a name, a scent, a morning full of song and exploration; an evening sorrow, a childhood fear.

For, somehow, it is the birds that saw it all: those unobtrusive harbingers whose boundaries are defined by other laws than ours but whose ancient lore remains a cipher to remembrance for me.’ 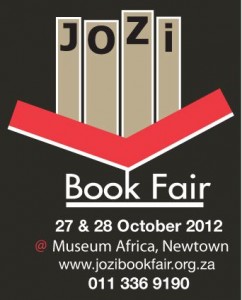 The fourth JOZI BOOK FAIR is happening this weekend at Museum Africa, Newtown.  To read more about this event, and to get a programme line-up, visit their website http://www.jozibookfair.org.za/. 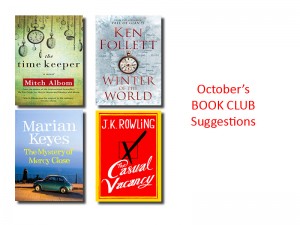 Visit our BOOK CLUBS page to read the book synopses. 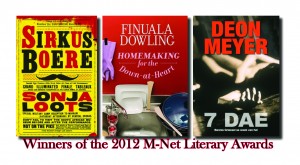 Congratulations to the winners of the 2012 M-Net Literary Awards.  Sonja Loots won the Afrikaans category with Sirkusboere, for the English category the winner was Finuala Dowling with Homemaking for the Down-at-Heart, and Deon Meyer’s 7 Dae won the Film Award.