This month Penguin Books SA releases In Love’s Place by internationally acclaimed author Etienne van Heerden. It’s been translated by Leon de Kock and is a tour de force that promises to intrigue and enchant readers. 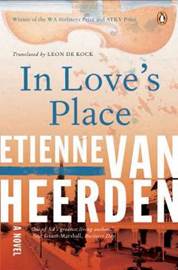 After his heart bypass operation, former champion-athlete Christian Lemmer needs to take stock. When a Cape Flats gang begins to target him, this becomes vitally important.

Christian commutes between Johannesburg and Stellenbosch, where he returns at weekends to his amnesiac wife Christine and his confrontational son Siebert. But he also has a hideaway that no one knows about, a flat in Sea Point where his drug dealer meets him, and a Swazi prostitute becomes his confidante.

And in Matjiesfontein the staff of the Lord Milner Hotel and the local pigeon breeders are in a state of excitement with the approach of the Southern Cross Derby – the most important event in the Karoo’s pigeon racing calendar.

But other things are afoot in Matjiesfontein as well, things in which the lives of the Lemmers are soon to become involved, from the arrival of the Piss-Man to the disappearance of prodigy Snaartjie Windvogel who, it is said, bewitches her father’s pigeons with her violin playing. The Lemmers come to the village to try to unravel one mystery, only to find themselves caught up in another.

This novel was originally published in Afrikaans as In stede van die liefde. 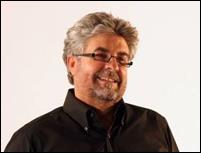 Etienne van Heerden is an internationally acclaimed South African writer whose books have been published in thirteen languages. He is the founding editor of LitNet and Hofmeyr Professor in the School of Languages and Literatures at the University of Cape Town. Visit Etienne’s website at www.etiennevanheerden.co.za or find him on Facebook at https://www.facebook.com/etienne.vanheerden.