The unsolved disappearance of two blonde baby girls in Johannesburg over thirty years ago is a subject regularly raised around northern suburbs dinner tables. 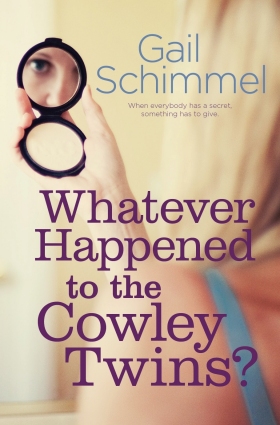 On 4 June 1978 32-year-old Tertia Cowley took her two-and-a-half-month old twins with her to a doctor’s appointment in Rosebank Medicentre, leaving her 5-year-old son, Tim, in the care of his grandmother.

A few hours later the truth emerged: Alan Cowley arrived home from work, and apologised that he had been unable to fetch the twins. It was then that the Cowleys came to the horrible realisation: an impostor had abducted their daughters.

They immediately called the police, but it was too late.

Despite extensive investigations, no trace of the Cowley Twins has ever been found. But what happened to the blue-eyed, blonde girls, Isabella and Melissa?

Gail Schimmel has been writing stories since she could put pen to paper.

Now Gail fits her writing into any spare moment she can snatch, when she’s not busy running her own consultancy as a specialist in advertising law and raising two children.

In 2007 she published a children’s book, Claude & Millie, under her married name Gail van Onselen. Her first adult novel, Marriage Vows, was published in 2008, also by Kwela Books.