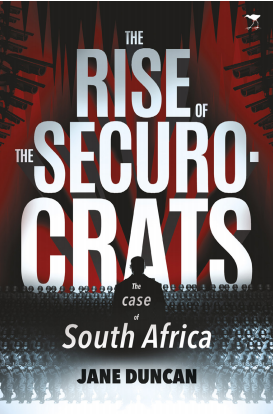 The South African government led by the ANC’s president, Jacob Gedleyihlekisa Zuma, stands accused of having fallen under the sway of the securocrats. Who, or what, are they? Securocrats are officials located in the security establishment – the police, intelligence services or the military – that have the power to influence government policy in their favour.

The Rise of the Securocrats illustrates how, when securocrats dominate government decision-making, the democratic life of a country can be threatened. Annexing the power to subvert democratic processes to entrench their own power or the power of their favoured leaders, they also use the armed might of the state to suppress their political opponents. Duncan argues for the importance of keeping the security cluster under democratic, civilian control, and broadly accountable to the society they claim to serve.

This book throws a spotlight on the hidden corners, murky bureaucracies and power grab that is currently underway. It evaluates just how worried we should be about developments in the security cluster and evaluates the state of journalism on its activities. It adopts a ground-up approach, looking at the impact of the security cluster on the state of activism and protest action. It is also international in focus, looking at how ‘big brother’ practices developed during the ‘war against terror’ have been domesticated in South Africa and the uses to which they are being put. 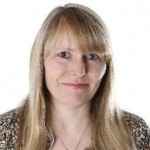 Jane Duncan is a professor in the Department of Journalism, Film and Television, University of Johannesburg. Before that she held a chair in Media and the Information Society at Rhodes University and was the executive director of the Freedom of Expression Institute. She has three postgraduate degrees, and has written widely on freedom of expression, the right to privacy, social movements and the right to protest, and media policy.