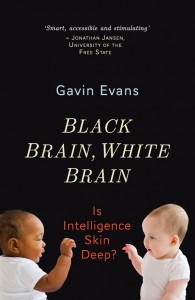 ‘Smart, accessible and stimulating, Black Brain White Brain is by far the most important book yet written to systematically debunk society’s lingering attachments to race science and its pet topics of intelligence, genetics and civilization.’ – Jonathan Jansen, University of Free State.

Racist thinking – that intelligence is influenced by racial origin, for example – was part of mainstream science a century ago and, surprisingly, is still endorsed by maverick scientists at some of the world’s most respectable institutions today. The myths being perpetuated on genetics, race, IQ and general intelligence are what Black Brain, White Brain challenges – precisely, systematically and in painstaking detail.

In this immensely readable book Evans tackles highly complex subjects, from the origin of humans and the genesis of intelligence to athletic performance and genes, IQ and cleverness, in a fluent and engaging style that makes science accessible and the facts absorbing. Persuasive, without being didactic or sermonising, and lightened by a wry sense of humour, Evans’s text weaves it all together in such a way that one is keen to follow all the threads the better to see the larger tapestry.

Carefully balancing claims, testing dodgy propositions and presenting fairly the theories of modern scientists and evolutionary psychologists, Evans shows just how uniform we are, genetically, as a species and that it’s mainly the environment we grow up and live in that’s the strong determining factor in general intelligence.

`Punchy and perceptive, Evans’ passionate and wide-ranging debunking of hereditarian views of race in areas ranging from archaeology to IQ and sport deserves wide readership in South Africa and beyond’ - Saul Dubow, Queen Mary, University of London. 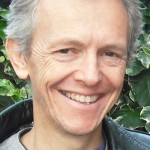 Gavin Evans worked as a journalist for 30 years – a decade in South Africa, for Mail & Guardian, The Sunday Times and as a foreign correspondent for Inter Press Service, Rome. Since then he has written for The New York Times, Newsday, The Guardian, The Telegraph, Esquire, The New Statesman, The Times, The Independent, Financial Times andDaily Mail, among others.

He is the author of four books, including the memoir Dancing Shoes is Dead, which was short-listed for the Alan Paton non-fiction prize.