Johannesburg is becalmed. A wave of New Age belief and an apparent cure for crime have radically altered South Africa’s political landscape. 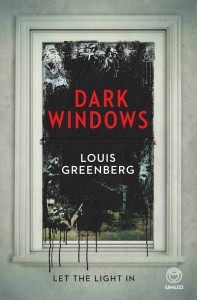 Jay Rowan has been hired to black out the windows of random vacant rooms. He’s trying to keepout of trouble, but he’s a pawn in political aide Kenneth Lang’s project Dark Windows. A mystical charlatan has convinced Lang’s boss that she can a­ffect the ultimate transformation with a supernatural visitation, the Arrival, and Lang needs to prepare for its coming. When Jay and his married girlfriend Beth realise that someone has died in every room, political and personal tensions come to a head and Jay, Beth and Lang must confront the past they’ve been trying to avoid. 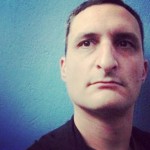 Louis Greenberg is the author of ­The Beggars’ Signwriters which was shortlisted for the Commonwealth Writers’ Prize and the University of Johannesburg Prize. He works as an editor and co-writes urban horror novels with Sarah Lotz as S.L. Grey.