“I sincerely hope that Christo’s book will receive the respect and attention it deserves. It’s a valuable addition to the writings about imprisonment during the apartheid era, and it is written by a fine man.”
- Ahmed Kathrada 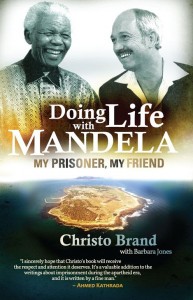 “I was 19 years old when I came face to face with Nelson Mandela. He was 60. Until that day I had never heard of him, or his African National Congress. I was his prison warder on Robben Island and he changed my life forever.”

The two of them – one a young white warder, the other serving a life sentence – should have become bitter enemies. Instead they formed an extraordinary friendship through small acts of human kindness. Christo, a gentle young man who valued ordinary decency and courtesy, struck a chord with the wise and resilient freedom fighter.

This bond of trust endured between the two men long after Mandela was freed.

In this book Christo tells, for the first time, the incredible and moving story of their unlikely friendship. He provides rare and personal insights into Mandela’s life during his years on Robben Island. 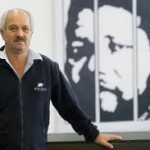 Christo Brand was born on a farm in the Western Cape. He trained as a prison officer, and found himself on Robben Island to guard the most dangerous men in South Africa at the age of 19.

Barbara Jones is the Africa Correspondent for the Mail on Sunday newspaper. She also reported from Afghanistan and Iraq during the years of invasion and civil war, and was in Libya throughout the revolution in 2011.