‘I never see my father. My father never sees me. But I see with the eyes he gave me. Slanted like the wings of gulls flying in the sky. And, when my mother speaks of Mexico, her eyes mist up with the lights of memory.’ 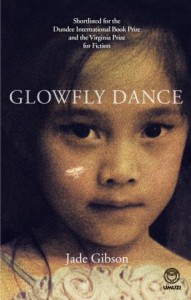 Through young Mai’s eyes, life is enchanting and full of beauty. She dances on her grandfather’s feet while he talks of freedom. But the world is hard and her mother is struggling. When Rashid arrives, he casts a deep shadow over their lives. Nothing is beyond her new stepfather. They are desperate to escape from him, and their world becomes a constant battle for survival – one of fleeing, multiple identities, abduction and upheaval. Mai’s eyes not only witness the story of her mother, but also the poignant stories of the many women she encounters across different countries. Finally, Mai learns that, when freedom comes, it comes at a bitter price.

From Mexico to Scotland to London to North Africa, the West Indies and back again, Glowfly Dance is a powerful and haunting story of migration, resilience and, ultimately, hope. 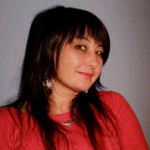 Jade Gibson is an academic, writer and visual artist who has lived in the United Kingdom, Africa, the South Pacific and the Caribbean. She holds a doctorate in anthropology from the University of Cape Town, with an academic background in biomedical science and fine art. Glowfly Dance is her debut novel and has been shortlisted for the Dundee International Book Prize and the Virginia Prize for Fiction.