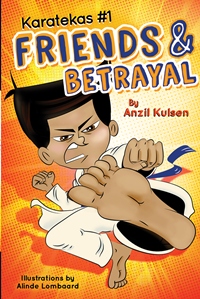 Warren was the best karateka of the dojo during the last championships. He discovers that his best friend Divan, who has already earned a red belt, is jealous of him. The relationship between them becomes more complicated when Warren is also selected to attend a big championship in Durban. To Warren’s dismay he learns that his mother does not have the funds to pay his entrance fees. Kyla spends time with Warren and Warren starts to doubt Divan’s intentions more and more. Will Warren be able to attend the championships in Durban? How will he choose between Divan and Kyla? 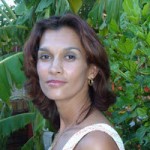 Anzil Kulsen is a well known youth book author of Upington. More than 20,000 of her debut novel for teens, Zita, has been sold. She regularly publishes in magazines and is passionate about reading and children. Her day job involves teaching children and adults to read and write. In this series she tries her hand at books for younger children for the first time, and does it superbly.

Published by Struik Kinders (An imprint of Random House Struik)