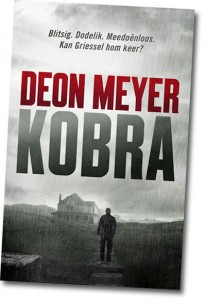 Capt. Benny Griessel is first on the scene of the bloodbath – in the guesthouse on a beautiful Franschhoek wine farm. Three bodies, the work of a professional hitman called The Cobra.

And on top of this there has been a kidnapping – a British citizen who may be carrying a counterfeit passport. Can Griessel stop the killer before he strikes again? 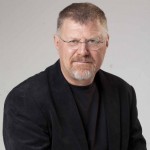 Deon Godfrey Meyer was born on the 4th of July 1958 in Paarl. He matriculated in 1976 at the Schoonspruit High School in Klerksdorp. He studied at Potchefstroom University for Christian Higher Education where he studied for a BA degree with English and History as majors. He later obtained an honours degree at the University of the Free State.

In the 1980s he worked as a journalist at Die Volksblad, at the public relations office of the University of the Free State, and begins work as advertising copy writer at Sanlam.

In 1991 he was appointed manager of Internal Communication and creative director of Sanlam’s Publicity department. After Sanlam he started his own business specialising in the creation and management of virtual communities on the internet, and thereafter he was manager of special projects at BMW motorcycles. He currently writes full time.