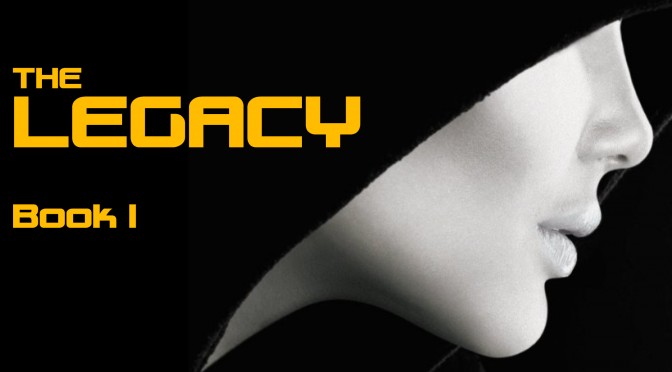 Do yourself a favour, go and buy a copy of The Legacy (and while you’re at it, buy The Legion too because once you’re done with The Legacy you are going to need to know what happens next). 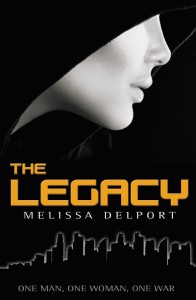 Melissa Delport is a fresh new writer on the South African scene, and book 1 (The Legacy) of her The Legacy Trilogy is awesomely good!  The world that she has created (it’s set 30 years in the future) could so easily be our tomorrow, and the characters are so believable, they get under your skin and you root for the good, and despise the baddies.

It really has something for everyone – fast-paced action scenes (that run like a movie through your head), a clever thrilling plot that makes the book a page turner, and for the romantics amongst us two relationships – one with a soul-mate element and the other with chemistry that you could cut with a knife.  Without giving anything away here – these two men in Rebecca’s life are Aidan and Reed, and women (whether you are 16 years old or 66 years old) are going to be divided – should it be bad-boy, sexy Reed or should it be safe, reliable Aidan.

One man obsessed with power.

One woman prepared to sacrifice everything to stop him.

One war that changed the world.

A narrative of good and evil, love and passion, right and wrong – and at the centre of the story a strong woman, Rebecca Davis, who is prepared to sacrifice everything for the cause she believes in.

Set in the near future, after World War Three, the planet was almost devastated and the human race almost eradicated. The survivors lived through the bleakest of winters. A primal existence became their new order, and the little that remained of their humanity hung in the balance.

Then one man stood up and changed the world.  Everyone believed that he was the hero of their time, the man who would save them. His name is Eric Dane, the President of the New United States of America.

He is also Rebecca’s husband, and her greatest enemy.

Rebecca grew up oblivious to the truth, until her father found her when she was nineteen years old. He told her about the many horrifying facts that their new leader kept hidden from everyone. And he told her that beyond the borders the Resistance grew and fought for freedom.

The Legacy is an action-packed, adrenalin-inducing thrill ride which will leave you riveted long after you have turned the last page. 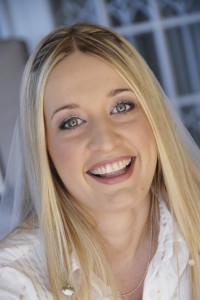 Wife and mother of 3, Melissa Delport is the author of The Legacy Trilogy. She graduated from the University of South Africa with a Bachelor’s Degree in English in 2000

At the age of twenty-four Melissa started a logistics company (Transmax) from the spare room of her flat and built it up to two fully operational depots in Durban and Johannesburg. Now, 10 years later, she has sold her business in order to write full time.

Melissa lives with her husband and three children in Hillcrest, KwaZulu-Natal, South Africa.

The Legacy (book 1 of The Legacy Trilogy) and The Legion (book 2) are available now and the final book, The Legend, will be released early 2015.

An avid reader herself, Melissa finally decided to stop ‘watching from the sidelines’ and to do what is her passion.

“I was driving home from work when inspiration struck, and a storyline started unravelling in my head. For a few days it was all I could think about and eventually I realised that the only way to get it out of my head, was to put it all down on paper. I started writing, and that was that.”

2 thoughts on “Melissa Delport’s THE LEGACY”