“What counts in life is not the mere fact that we have lived. It is what difference we have made to the lives of others that will determine the significance of the life we lead” – Nelson Mandela 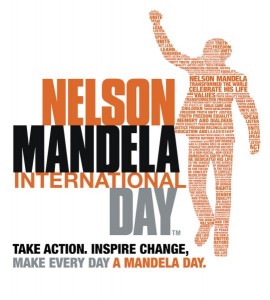 Nelson Mandela International Day was launched in recognition of Nelson Mandela’s birthday on 18 July, 2009 via unanimous decision of the UN General Assembly.

It was inspired by a call Nelson Mandela made a year earlier, for the next generation to take on the burden of leadership in addressing the world’s social injustices when he said that “it is in your hands now”.

It is more than a celebration of Madiba’s life and legacy. It is a global movement to honour his life’s work and act to change the world for the better.

MAKE EVERY DAY A MANDELA DAY

The message behind Mandela Day is simple – each individual has the ability and the responsibility to change the world for the better.

If each one of us heeded the call to simply do good every day, we would be living Nelson Mandela’s legacy and helping to build a country of our dreams.

The baton of leadership has been handed over to us. It is in our hands now to make a positive difference.

2014 is particularly symbolic as we work to honour a great statesman and make every day a Mandela Day as we mark South Africa’s 20 years of democratic freedom. 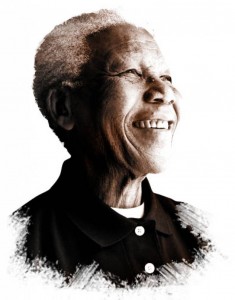 Nelson Mandela followed three rules throughout his life, which he did at great personal sacrifice:

Mandela Day is a global call to action for citizens of the world to take up the challenge and follow in the formidable footsteps of Madiba, a man who transformed his life, served his country and freed his people. Its objective is to inspire individuals to take action to help change the world for the better and in so doing, to build a global movement for good.

Mandela Day is dynamic and ever-changing: it belongs to everyone and can take place anywhere, at any time. We urge everyone to find inspiration for their contribution in the legacy of Nelson Mandela and to serve their fellow humans every day.