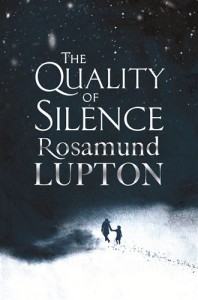 On 24th November Yasmin and her deaf daughter Ruby arrive in Alaska.

Within hours they are driving alone across a frozen wilderness

Where no one lives

And night will last for another fifty-four days.

They are looking for Ruby’s father.

Travelling deeper into a silent land.

They still cannot find him.

And someone is watching them in the dark. 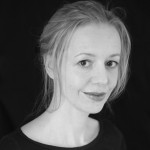 Rosamund Lupton is the author of Sister, a Sunday Times and New York Times bestseller and a bestseller in Europe. Published in the UK by Little, Brown Book Group, Sister has been translated into over thirty languages and has international sales of over 1.5 million copies. It was the fastest-selling debut of 2010 by a British author, a BBC Radio 4, Book at Bedtime and was winner of the Richard and Judy Best Debut Novel of 2011 award and the Strand Magazine Critics First Novel Award. Film rights of Sister are currently under option with Studio Canal, to produce with Kevin McCormick of Langley St Pictures. Emily Blunt is attached to star and the script is in development. Lupton‘s critically acclaimed second novel Afterwards also went straight into the Sunday Times bestseller lists and was the No. 2 Sunday Times fiction bestseller of 2011, with UK sales alone of more than 200,000 copies. The Quality of Silence is her third novel.