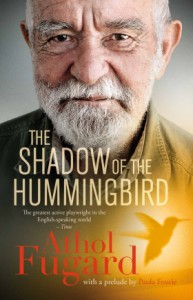 Fugard explores the loss of innocence and a sense of wonder at the fleeting beauty of the world. The play starts with Oupa delving through his old notebooks in search of a particular entry as he waits on his grandson Boba to arrive for an afternoon visit. He tries to teach Boba about the importance of retaining this innocence by using Plato’s analogy in The Republic of people watching shadows on the wall of a cave. The play has strong autobiographical roots: Like Fugard, Oupa is a South African living in California. The notebook entries used in the introductory scene of the play were selected from Fugard’s personal notebooks by co-director Paula Fourie.

First performed at the Long Wharf Theatre in New Haven, USA, the play was staged in Cape Town, Johannesburg and Bloemfontein in 2014. Fugard returned to the stage for the the first time in 15 years to play the role of Oupa. 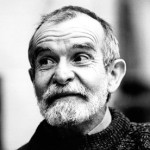 Athol Fugard is a South African playwright and occasional director and actor. His fifty years of playwriting include The Blood Knot, Boesman and Lena, Master Harold … and the Boys, The Road to Mecca and The Train Driver.