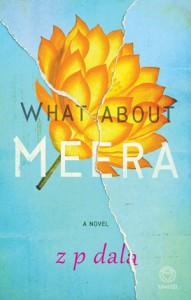 What About Meera tells the tale of Meera Narain, a twenty-two-year-old woman from Durban who escapes her abusive arranged marriage to run away to Dublin, where she takes up a job as a care-giver at a school for autistic children.

After years of abuse at the hands of her doctor husband, Meera’s fractured and damaged psyche sends her spiralling into a doomed relationship with Ian Gallagher, the father of one of her autistic patients. The obsessive affair uncovers frightening truths about Meera’s childhood on a farm in rural KwaZulu-Natal, setting her on a destructive path of alcoholism and hallucinations. It is in this dangerous state that Meera commits a horrifying act and is ostracised from the world where she thought she would find happiness.

Pulsating with life and colour and a considerable amount of black humour, What About Meera is the gripping story of a woman’s attempts to rise above her circumstances and take control of her fate. 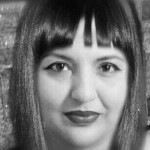 Z. P. Dala is a freelance writer and a psychologist at a school for autistic children. She has been the runner-up in several short story competitions, including an Elle short story contest in 2012, the SA Writers’ College Short Fiction Contest in 2013, and the Woman & Home Short Story Contest in 1999 and 2012. She was awarded second prize in the Witness True Stories of KwaZulu-Natal competition and was long-listed for the Orange Prize for short fiction. She has lived and worked in Dublin, Ireland, and currently lives in Durban.

Published by Umuzi (An imprint of Penguin Random House SA)