Who are these Guptas who are so powerful, they’re distributing cabinet posts like matrons handing out condoms at a brothel? Who do Americans think they are, accusing Trevor Noah of ‘stealing’ a joke from one of their comedians? Is Sizakele MaKhumalo Zuma’s spaza shop a National Key Point? 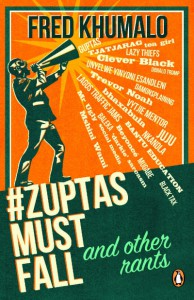 In #ZuptasMustFall, and other rants, Fred Khumalo runs riot, contemplating the pressing issues that continue to confound, infuriate and exasperate the nation – or to sink it into further controversy.

Covering a wide range of topics, including politics, history, current events and celebrity gossip, this compilation of recent and new writings contains Khumalo’s trademark blend of humour and shrewd analysis, as well as his treatment of everyday issues from a uniquely South African perspective.

This is an entertaining collection of thoughts from one of the country’s most seasoned journalists, offering many questions, and tongue-in-cheek answers, on who we are as a nation, where we are going, and how we compare to the rest of the world. 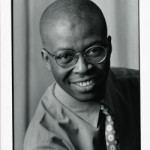 Fred Khumalo has been described as a ‘reluctant Zulu’, ‘clever black’ and an ‘equal opportunity offender’. He completed his MA in creative writing from Wits University with distinction and is the recipient of a Nieman Fellowship from Harvard University.

His writing has appeared in various publications, including the Sunday Times, the Toronto Star, New African magazine, the Sowetan and Isolezwe. In 2008, he hosted Encounters, a public-debate television programme, on SABC 2. His books include Bitches Brew, Seven Steps to Heaven and Touch My Blood.